In researching which bike chain to get to lock up my motorcycle, I keep reading that one shouldn’t settle for anything less than 16mm chain links. This video highlights exactly why:

Now I’ve passed my test, I can’t stop itching to get back on a bike. Every day I take the bus/tube to work, I longingly look at bikes going by wishing I had my own. 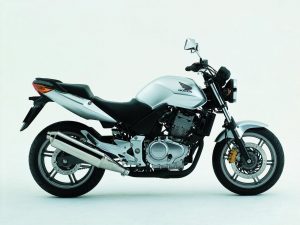 But what bike do I get? I’m very tempted by the Honda CBF500, it’s what I learnt on, what I know. It’s a good bike, that seems to be universally well regarded. A city full of couriers on them can’t be wrong. I like the idea of ABS, as an extra precaution and help me while I continue to build up my experience. I will inevitably make mistakes, maybe the ABS could prevent some.

The CBF’s are still quite new ish though, so not the cheapest second hand. Unless its ex-courier and has done intergalactic miles. The older CB500’s are more reasonable, definitely fit a budget of about a £1000. But older and no ABS. 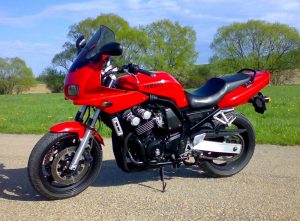 A good friend has recommended a Yamaha Fazer FZS600. Slightly bigger, more powerful and similar in price second hand. Insurance costs are about the same as the CBF500 too. Bit more edge, probably last me longer, I’ll less likely to out grow it so soon. But no ABS.

The bikini fairing on the Fazer should afford a little more protection from elements on the motorway. But it’s also a worry, as I will inevitable drop my first bike and probably crack or scuff it. 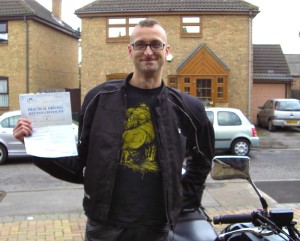 I passed my DAS. A bit nerve-racking, but passed. I can now ride any motorbike I like!

We did a lot of riding around Enfield covering all the main routes of the test. Checking out many traps and common gotcha’s that others often fail on. Then it was off to the test centre. I just had to stay calm, remember every lifesaver, position myself correctly at every junction and cancel them bloody indicators! The 1 Stop bikes all have buzzers attached to the indicators as an aid memoir, simple but very effective.

The test mostly went very smoothly, though a brief hail storm made things interesting. Especially as this occurred when I ran into a long tailback behind some vehicles on tow. Do I filter past or hold back? Can I get by before the island on the road? Should I be safe and stay back due to weather conditions?

Near the very end of the test, we ran straight into a jam waiting for a railway crossing. Odd I thought, the 1 Stop guys had shown me a common trap just around the corner: a junction at the end of a road with no central markings, but painted parking bays on either side. The trick is not to assume it’s a one-way street and position yourself to the right of an imaginary left-hand lane, ignoring parking bays. So why did he let me go into the jam and not take me here? After the test, in the debrief the examiner quizzed me if I had heard him say turn left back there… Thinking back, I can’t work out if it was an intercom failure, or just me too deep in concentration elsewhere… Oh well, I passed.

Overall I felt relaxed and confident throughout, the examiner took me on roads I had ridden many times over the previous 2-3 days. Advice for your test: know the roads, avoid surprises. And jams are your friend, the less time you’re riding, the less time you could be failing. 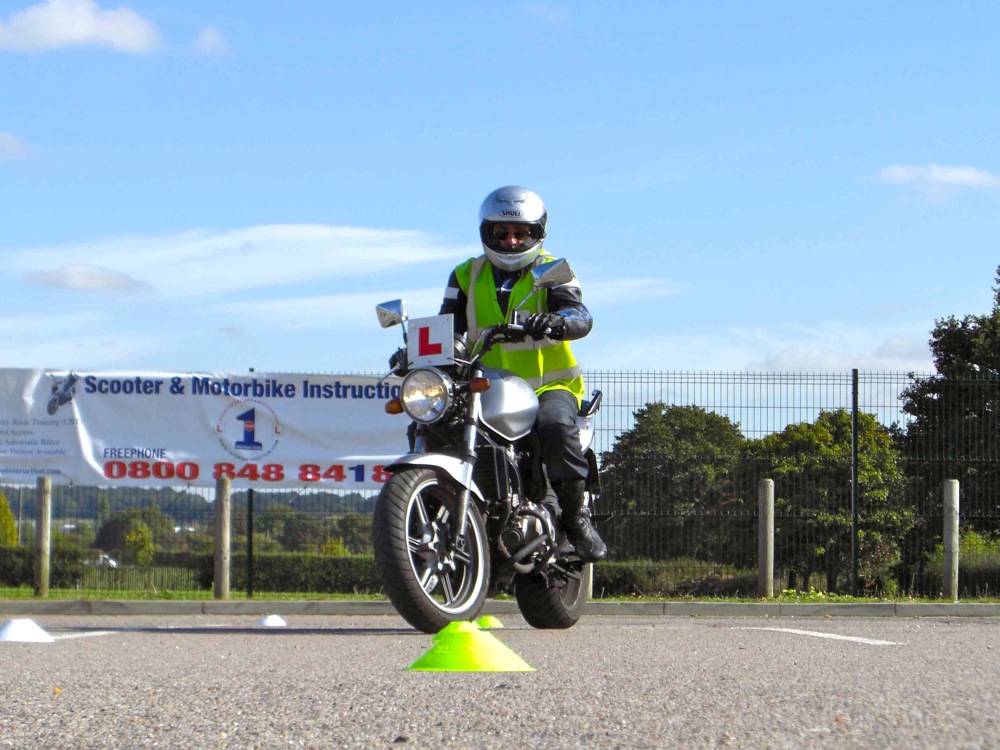 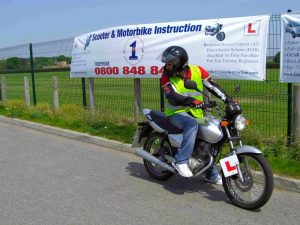 This motorcycle blog tells my story as a biker in London, from learning to ride to now a seasoned city commuter and lover of motorcycle adventures further afield.

Read on and watch my videos about the lessons I’ve learnt, tips I’ve picked up, reviews of my kit and stories of amazing rides around the globe. 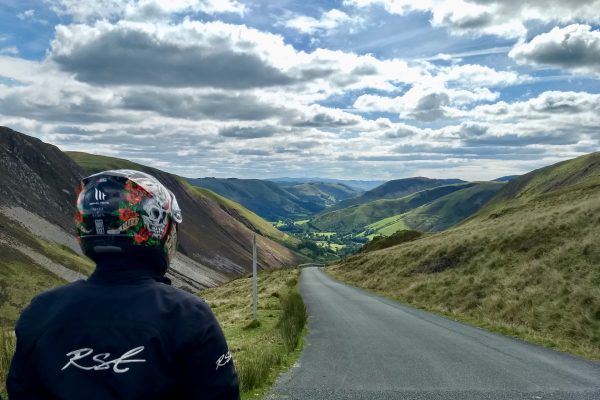 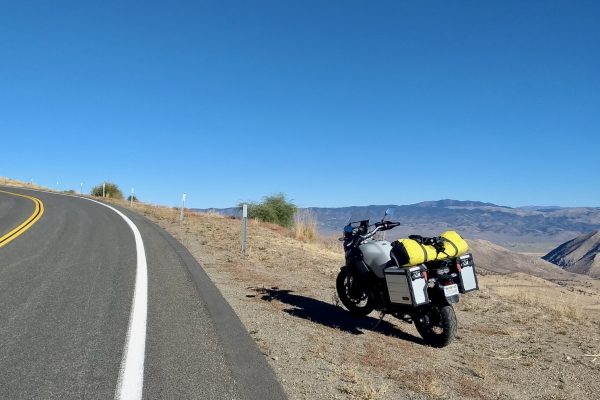 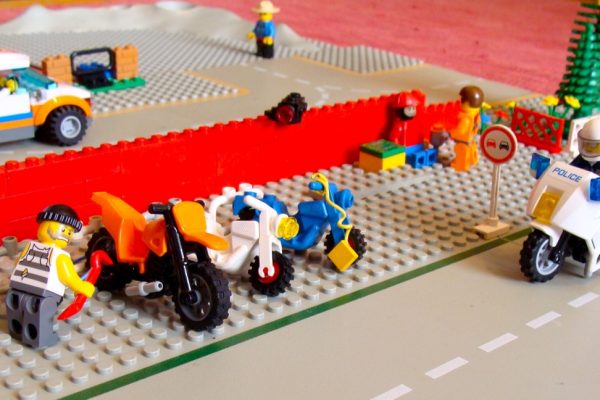 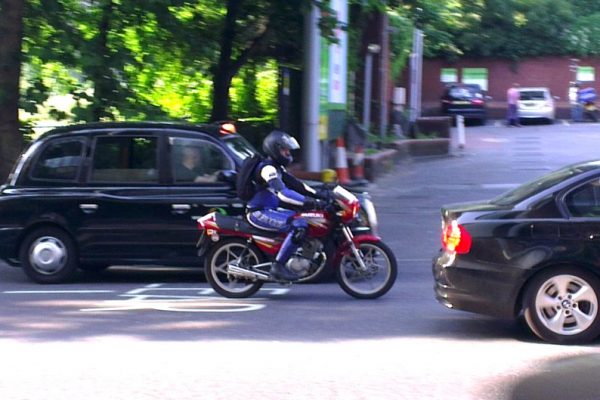