Didn’t have a great start the other morning. Should have known better.

A post shared by Beginner Biker Adventures (@beginnerbikeradventures) on Feb 20, 2019 at 10:33am PST

A case of cold tyres, rushing around, late for work and too eager on the throttle. Literally the second left turn after leaving the house, trying to gas it to make a gap in the traffic and back wheel just span up, low sided and off the bike went sliding down the road.  Gutted. 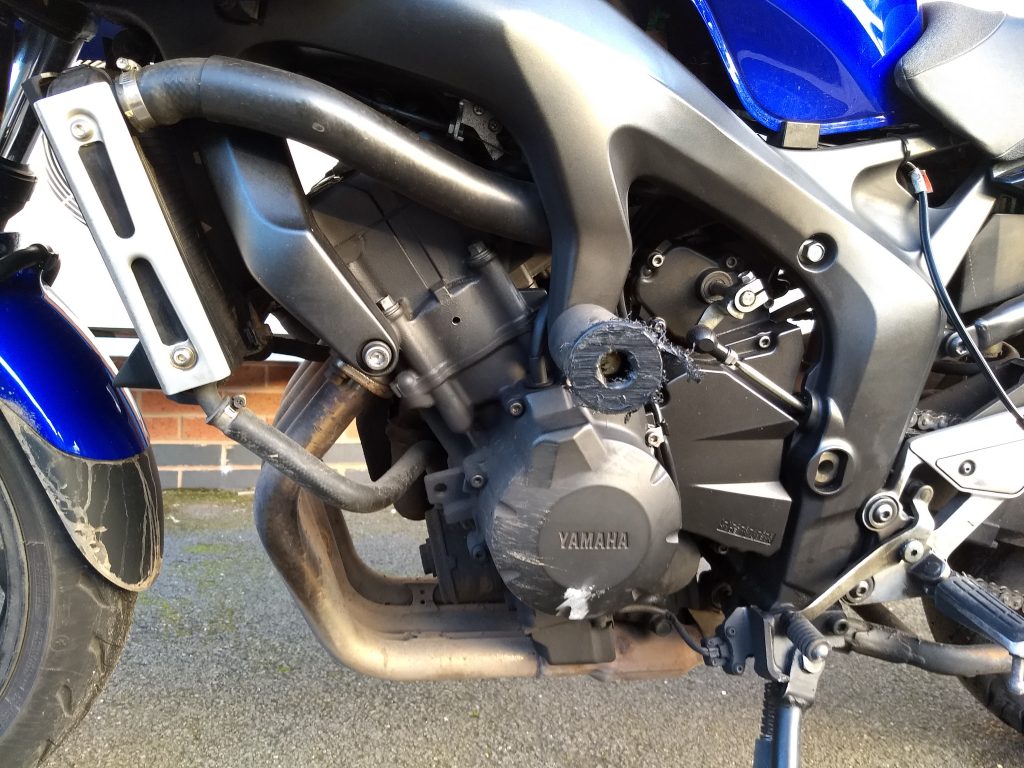 Thankfully I was fine, rest of traffic stopped in good time and helped me pick up the bike. As dramatic as it looks, the bike was surprisingly unscathed. The crash bobbin and big top box took brunt of slide. Bust a mirror off, got a tiny scuff to fairing corner and stator cover and the kickstand took a scrape (probably whet threw up the sparks). I was fine, my new Revit Sand 3 jacket had a minor scuff to elbow, but everything protected me fine.  Was simply a case of dusting myself down and carrying on.

It’s always a bit depressing when you drop a bike and it receives it’s first scars. However, it could so easily have been a lot worse, so I  can’t moan too much. Definitely some lessons to learn from this; stop rushing, keep it steady until tyres are warmed up and easy on the throttle when leaning over.