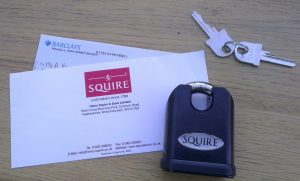 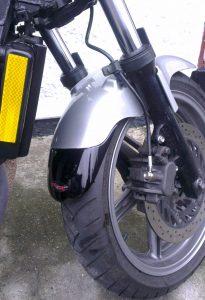 Mary’s little CBF500 is very much a commuter hack and needs to run in all weathers. In an effort to winter proof it I fitted this RedFox fender extender (or flick) a little while ago.

It’s a very similar affair to the Pyramid fender extender I fitted on my Fazer some time ago. A small plastic extension to the front mudguard to help ward off dirt and crud being flung up against the front of the frame, radiator and engine. After having a struggle to remove the oil filter last service, I’m hoping this will help matter somewhat.

END_OF_DOCUMENT_TOKEN_TO_BE_REPLACED

I want to filter, make good pace
See that dust cloud disappear without a trace
I want to take shelter from the packed lane