Recently my news feed threw up some articles extolling the advantages of an e-bike and what struck me was how they were exactly the reasons we all love and ride motorcycles. Hardly newsworthy and of no surprise to bikers. The articles described how the electric motor assistance on an e-bike provides the following so-called advantages: 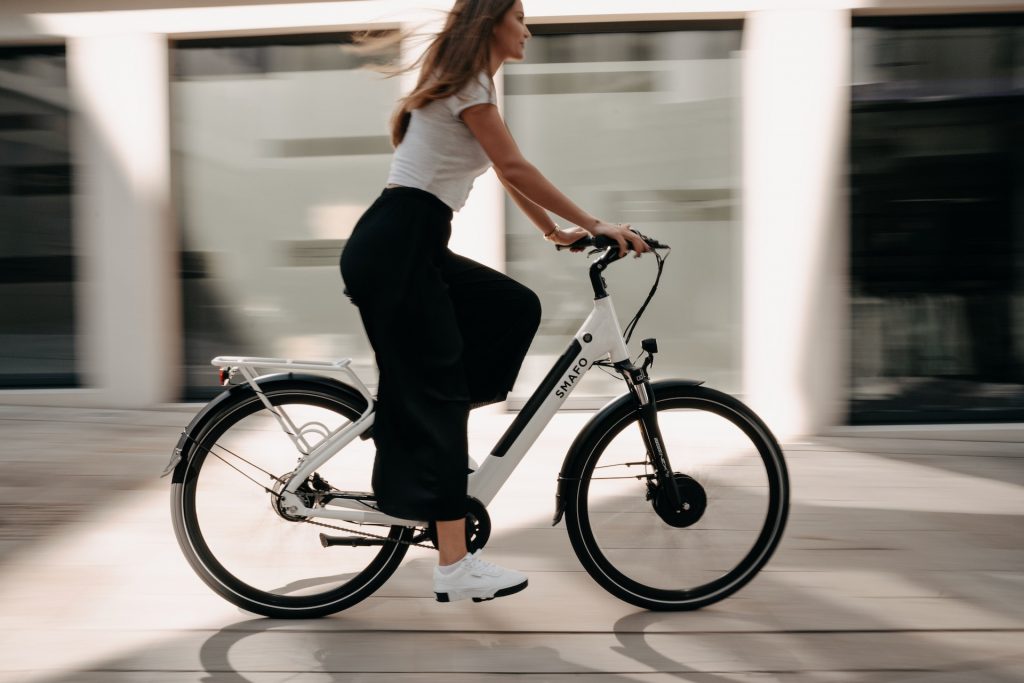 Yeah, everything us motorbikers have been taking advantage of for decades, except a motorcycle takes things much further. You can cover much longer distances, carry more luggage, carry a pillion, cut through city traffic with greater speed and explore way more on days off. So, what are the true benefits of electric bikes compared to a motorcycle? Why not just get a motorcycle instead? Read on to find out.

Top 10 Real Advantages of an E-Bike over a Motorcycle

So, here we are on a motorbiker’s blog, seemingly arguing why big noisy, oily and smelly motorcycles are best; but the reality is electric bicycles have many advantages over a motorbike.

1. You don’t need to learn to ride an e-bike

To ride a motorcycle you have to spend time and money actually learning to ride in a safe and legal manner on public roads, apparently, so you don’t trash over peoples cars and property, or kill yourself. Who needs all that bother of tuition and tests, not to mention the embarrassing L-plates?! We all learnt to ride a bicycle when kids, everyone knows you don’t forget how to ride a bike. With an e-bike, you can just get straight out on the road immediately without the faff or paperwork.

2. You don’t need insurance for an e-bike

Unlike cyclists, motorbikers must by law buy very costly insurance every year in case they trash someone’s car or mow down some pedestrians. Obviously, because motorbikes are far more dangerous and bicycles are extremely safe. Sometimes, it can be impossible to get insurance on some very dangerous bikes until you’re very old.

3. You don’t need to wear a helmet on an e-bike 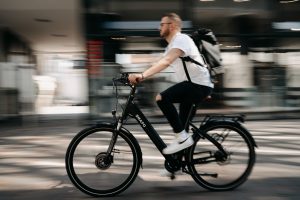 With the exception of a handful of the more ‘progressive’ US States, motorcyclists must by law always wear a huge, heavy helmet on their heads. Probably because they need to protect their brains from being smashed when hitting the tarmac. This is completely unnecessarily on an electric bicycle and something you can quite legally skip to avoid spoiling your hair and save some cash.

4. You don’t need a registration plate on an e-bike

Motorcycles must display a registration plate on their rear, which all the cameras around our cities can use to track them. Speed camera, red-light cameras, CCTV, dash cams, police car cameras; wherever we go our privacy is being evaded and our movements are being tracked. Since there is no requirement to display a registration plate on an electric bike, you are free to ride past any camera you like without fear of being traced. 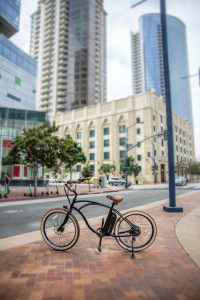 Being smaller and lighter than a motorcycle, you can park an e-bike anywhere you like. Chain it to any random railings, on the pavement, bring it into the office, squeeze it on a tube or train, wherever you want, it really doesn’t matter and no one minds. Whereas motorcycles must be parked in specific parking bays or they get parking tickets. Traffic wardens never ticket e-bikes!

6. E-Bikes can easily be modded to double their speed

Although most e-bikes sold cannot go faster than 15mph (25 kpm) on the electric motor, they can be modified very easily and cheaply to double their speed. This is much better, it cuts your commute time and allows you to get past all the slow traffic in London’s 20 mph zones. If you want to double the top speed of a motorcycle, you would need to spend a huge amount of money on modifying it.

7. E-bikes are great for the environment 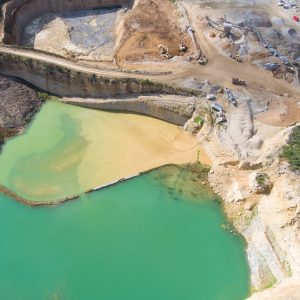 E-bikes don’t pump out any pollution or dirty the air when you’re riding about, which is great for the environment in your city. OK, to be fair, the mining of lithium, cobalt and nickel used in the batteries completely fucks the environment, using up vast amounts of water, destroys the land and only uses child labour in a couple of politically dodgy countries. But at least the batteries last a good 2-5 years before they need to be thrown away and we never personally see any of the precious metal mining so it doesn’t matter much.

8. E-Bikes are much cheaper than motorcycles

Motorcycles are far more expensive than electric bicycles. You can buy a basic e-bike for around £1000 or really good ones for £2000-3000. For that money, you could only afford a second-hand mid-range motorcycle that’s 5-10 years old, but older bikes need something called an MOT test each year to check they are still safe to ride on the road. Otherwise, you would have to buy something from the far east like a Honda CB125F at £2949, but apparently these are only suitable for nice people.

9.You still have to pedal lots so you burn more calories

An e-bike still needs you to pedal, even more so when the battery runs flat and so you will burn more calories than a motorcyclist. When pedalling you’ll burn between 600-800 calories an hour, whereas sitting on a motorcycle will only burn 200 odd, possibly around 400 if riding dangerously and leaning over lots. If you additionally wear lots of tight Lyrca sportswear, you’ll instantly look a lot fitter too.

10. Cities are removing lots of road and turning it into bicycle lanes

Motor vehicles are having more and more road removed from them and given to bicycles as Cycle Super-Highways, which is super news if you have an e-bike. Motorcycles are not allowed to use these lanes and now must queue in the remaining narrow roads along with other vehicles. So these new lanes are perfect to ride your e-bike at full speed.

So there you have it, the real top 10 benefits of electric bicycles and why you should buy an e-bike instead of a motorcycle! 😉