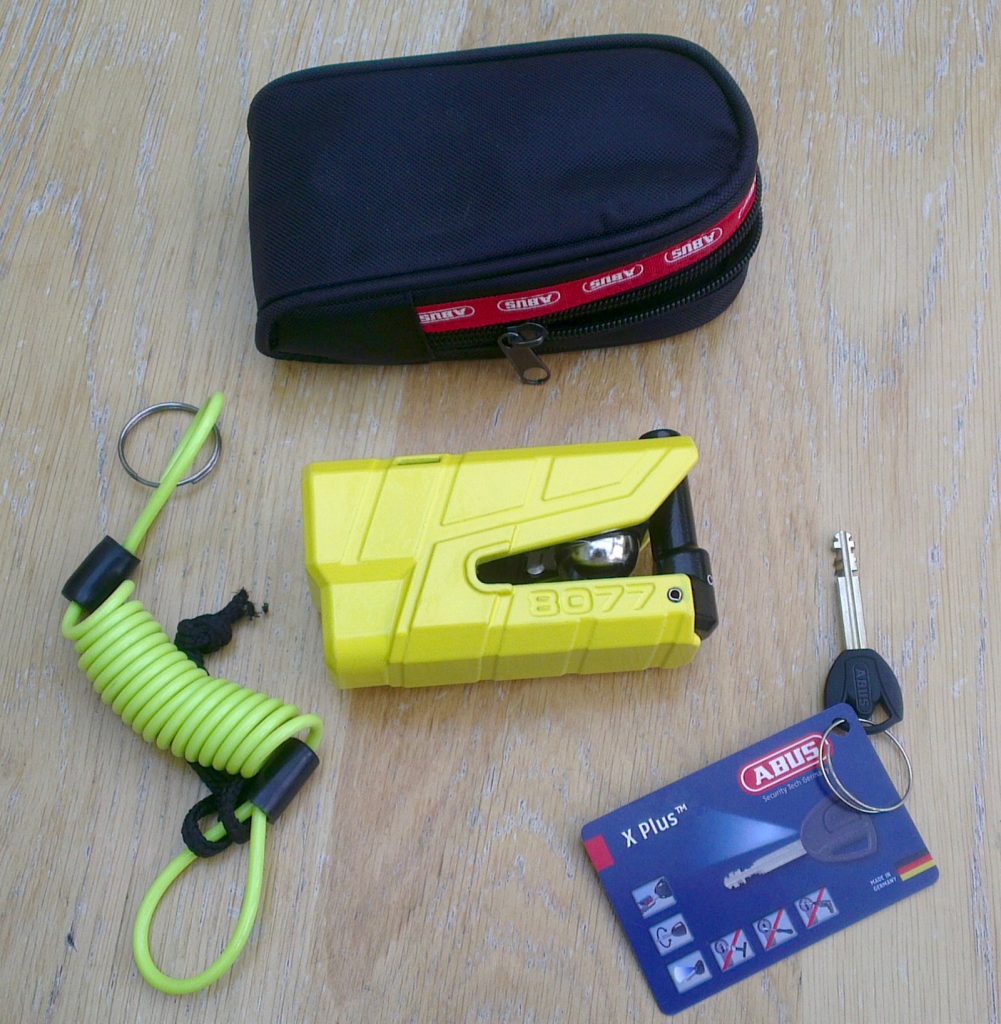 This ABUS 8077 weighs in at 880g and comes with a nice padded pouch to transport it in, so definitely wins on ease of transportation. It’s supplied with two keys, with one of the key fobs incorporating a handy LED light to help you unlock your bike in the dark, definitely a good idea.

Using the lock is straight forward; key in, open it up, pop it through your brake disc, then clamp it shut – job done. The holes on Mary’s CBF500 brake disc were pretty tight for the locks 13mm locking bolt, so it took a bit of wiggling to fit it. Fitting to my Fazer was much easier however. It’s generally advised to apply to the rear disc to make it harder to attack, however our CBF500 rear brake disc doesn’t have any handy holes suitable, so check suitability on your bike. Once locked in place, it gives off a single beep to indicate the alarm is armed. As the disc lock typically hangs down from the brake disc, unlocking can be a little fiddle as you try to find the key hole beneath without nudging off the alarm. 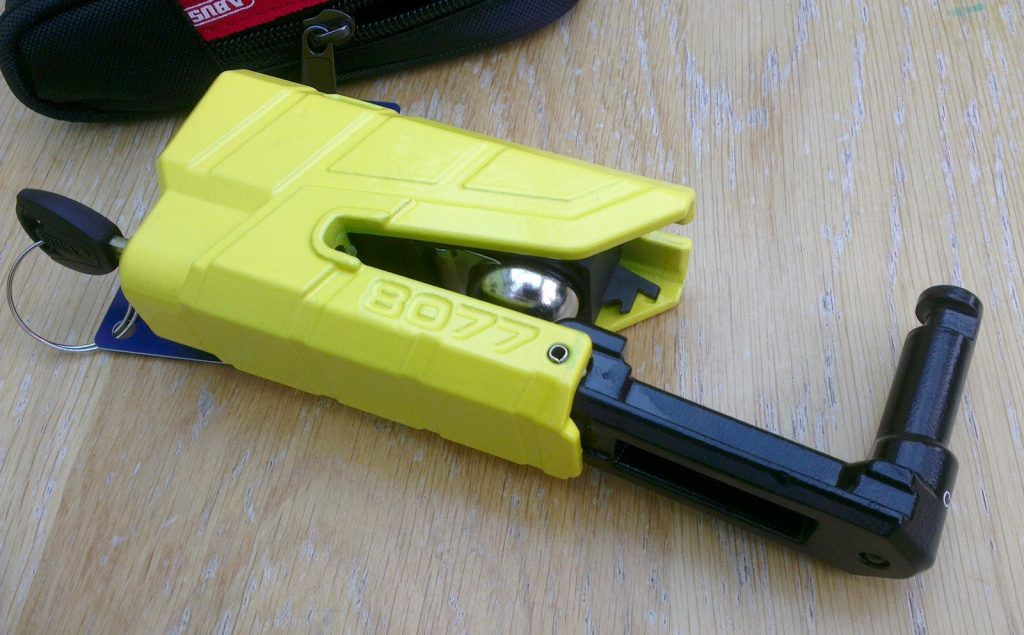 The alarm is pretty sensitive with even a minor nudge causes it to give off a warning beep. A further nudge and it will kick off making a full on racket! The stats reckon it’ll put out 100dB in 15 second blasts, it’s certainly plenty loud considering it’s powered by just two AA batteries. Battery changing is fairly straight forward, just needs the battery holder prising out with a couple of kitchen knives whilst it is unlocked. 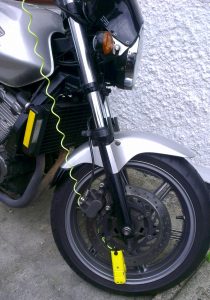 I picked up an elastic lock reminder bungee after hearing many stories of people forgetting to remove their disc locks and attempting to pull away… To be honest the sensitivity and noise of the alarm is enough to prevent you doing this.

Normally the ABUS 8077 disc lock alarm retails for between £100-£140 ish, but I picked it up for £70 as an Amazon Prime special. Still not cheap, especially when you consider 1.5m of Pragmasis 16mm chain and a Squire padlock sets you back £160 and will let you chain your bike to something solid to afford greater security. Ultimately, this ABUS disc lock alarm fits a specific use case where you need some security away from home when lugging a huge chain just isn’t practical, and this it covers well.

Four years later, this ABUS 8077 disc lock alarm is still going strong. We’ve been through many battery changes, but generally getting several months out of a set. I have found that very heavy rain will ingress causing it to short out, drain batteries and / or cause the alarm to fail. But a good douse of WD40, fresh batteries and some cleaning up always fixes things.

please remove this item. The Abus 8077 or BMW branded variant are not fit for purpose. Mine was defeated within seconds, no sustained attack. It was left, locked next to where my new R1200GS A once stood. No grinders no heavy tools. Simply removed and discarded.