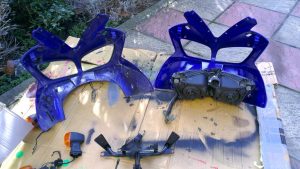 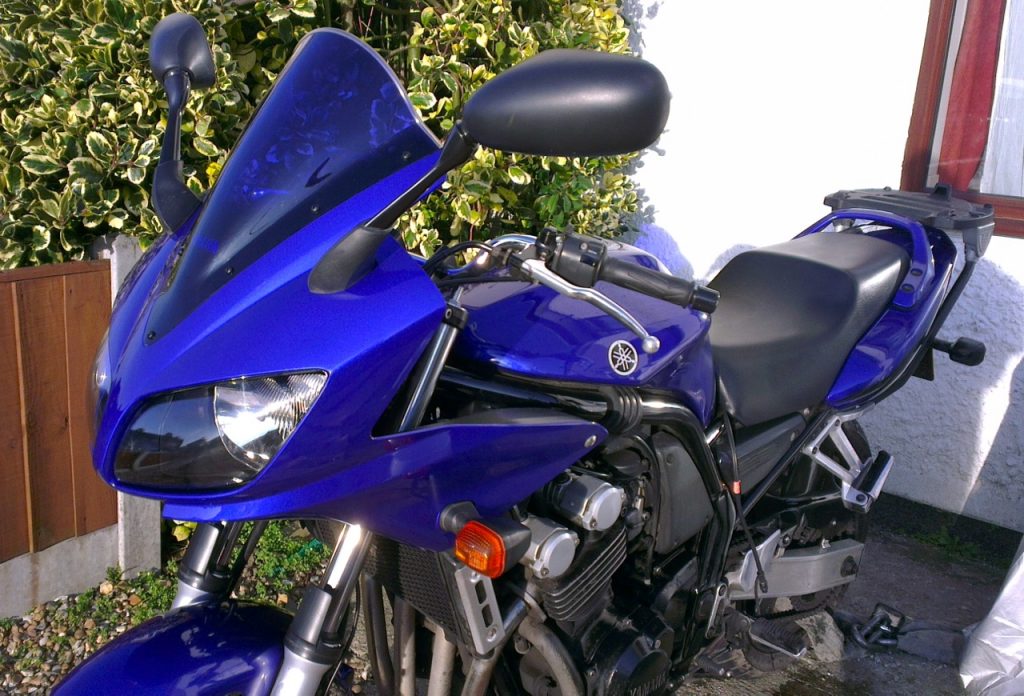 The next job on my list was to fit some genuine Yamaha crash bars I managed to pick up cheap off Ebay DE. These are the slightly smaller, lower engine guard bars (model number: 5RT-W0741-00). 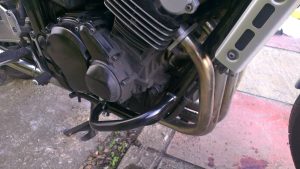 The first job was to remove the old crash bobbins from my now trashed belly pan. These bobbins really had taken a beating, with one actually falling off last time I had the bike at a garage for tyre change! I’d obviously bent it and hammered it back so much that the join between the bobbin and its bracket was knackered. It would have done nothing in the event of the bike going down.

Fitting the crash bars was a breeze, with the hardest part being the slotting a spanner between the down pipes to grip the bolts on the ends of the replacement engine mounting bolts. The bar may not be quite a nice looking as the original belly pan, but they should be a lot more practical and provide far more protection if (when!) I crash again.

Hi. I had a spill on my 2002 fazer 600 and have been trying to find a new fairing. The only ones I’ve found are the copy on eBay and brand new one for £450. Can I ask where you picked up your new fairing from? Was it direct from a dealer?
Thanks

Yes, direct from dealer, Sondel Yamaha (down in Sidcup, South London), who were local so I could collect it. However going by recent natter over on the FOC-U.co.uk and it would seem most dealers will offer you one at this price. But one or two with old stock are still trying to flog them at the old price. I think the older ‘box-eye’ version is a spot more expensive, just over £200. FWIW I was quoted £70 for a pair of replacement decals though.