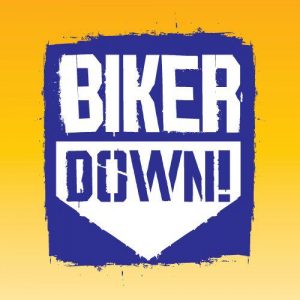 The other night I had the pleasure of attending a Biker Down night with Bucks Fire Service. For those not familiar with Biker Down, it’s a great (and free) course run by a number of local fire services aimed at preparing you to deal with a traffic incident when first on the scene.

The bulk of the course content covered first aid that would be directly relevant to the trauma that would be common in a biker off. This including checking airways, circulation/bleeding, providing reassurance with a brief rundown on techniques such as CPR, dressing bleeding wounds and how to safely remove a helmet. I know this last item is a controversial one, however the presenter argued it was better to this earlier, whilst a biker is (hopefully) conscious and before they go down hill (say if they’re loosing blood etc). He argued the first thing a paramedic would do is remove it anyway and he showed us a two person technique to carefully remove it and support the upper spine. If it’s a full face helmet and there’s issues with blocked airway, it’s arguable more critical to get them breathing again regardless.

On top of that, we got a brief rundown on managing an accident scene, from where to park visibly to warn other vehicles, yet not leaving yourself in danger should a trunk hit your bike; to delegating tasks to other members of the public and handing over to emergency services. We also got a quick bit of information on staying visible on the road, covering stuff like positioning and some debate on hi-vis.

Overall it was a very informative and useful evening, I learnt a lot of stuff that I hope never to have to use, but invaluable should the need arise.  I can highly recommend you sign yourself up for the course, it’ll cost you nothing and is now being run in many other parts of the country as well as just Kent and Bucks. More info on the Biker Down Facebook Page or google for info on your local fire service.