At some point, we bikers really need to discuss the big elephant in the room – burning petrol, no matter how much fun it is, causes some serious problems. 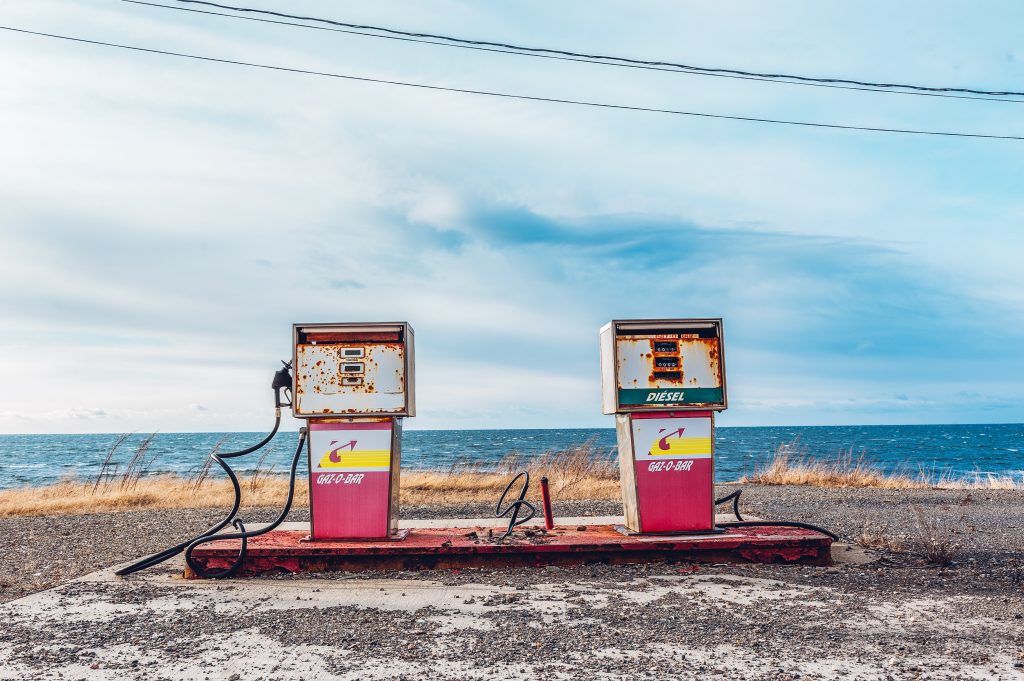 Now, don’t get me wrong, I enjoy revving the tits off my motorbike as much as the rest of you, hooning it through the twisties, revelling in the sound, vibration and smell it makes. Recycling dinosaurs doesn’t half feel good! But we really need to face up to the fact that burning petrol is not without consequences. I don’t want to go all Greta Thunberg on you, but we can’t live in denial and we should face up to some home truths.

Of course, burning petrol is going to produce some emissions and CO2, which is having an impact on the climate. A single bike burning one tank of fuel may not be much in the grand scheme of things, especially when you compare the number of bikes to other vehicles on the road, but it all adds up.

It’s also only small-capacity bikes that are super efficient and produce the least emissions. A little CBF125 may be better than most cars, but screaming round on your litre sports bike for a weekend of fun is a different matter…

Oil is Produced by Autocratic States

Far too much oil is produced by autocratic states ruled by dodgy despots who are responsible for terrible violations of human rights and suffering. We have Russia waging war against Ukraine, committing countless war crimes, all heavily funded by their oil, gas, and coal production.

We may have boycotted Russia, but the UK has now struck deals with Saudi Arabia, which is well known for its violations of human rights. Regularly severing the heads of criminals and political prisoners who rarely get a fair trial, despite all the sports-washing they try to do.

Ultimately, far too many producers of oil use the proceeds to fund very autocratic regimes which cause untold suffering.

With many of the more easily accessible oil drilling sites now running low, big oil firms are looking to drill in fresh sites that are riskier and are located in unspoilt wildernesses. The US had plans to drill in Alaska until Biden came into power, and Russia has been drilling in the Arctic for decades. Higher risk drilling means, deeper wells, higher risks of spills and other approaches like fracking which also have issues.

As a consequence, we face losing such unspoilt places forever, fragile eco-systems are being destroyed and the ever-present risk of more man-made disasters like oil spills etc.

BBC Article: Who owns the Arctic and should they drill for oil and gas?

So what should we do?

And therein lies the dilemma. None of us wants to give up our favourite pastime. Public transport is rarely a viable alternative, often slower, inconvenient times, not even that cheap and prone to strike action. Yet, none of us wants to trash the planet and fund a bunch of evil despots – we’re just stuck for alternatives.

Electric motorcycles are often heralded as the solution and they certainly reduce our dependence on oil and produce fewer emissions (depending on how the electricity they use was generated). However, battery production isn’t great either, with cobalt and lithium mines damaging the environment and often within sketchy countries too with terrible labour conditions (e.g the DRC). Not to mention the cost of electric motorcycles is too prohibitive for most of us. A Zero SR/S is going to set you back £22k odd, for that money you could buy yourself two Kawasaki Ninja 1000SX’s of similar spec and performance, or even three Honda CBR650F’s!

So where does that leave us, what options do we have?

None of us wants to ride less, but we could make sure the riding we do counts. Through a bit of planning or organised group rides, we can ensure the rides we do are quality rides. There’s nowt worse than heading out and finding yourself on a crappy route going through strings of villages and small towns in 30-40mph zones or being stuck in a queue of caravans and campers on a winding route unable to overtake. So, plan more, find the good roads and don’t waste time and fuel on shit roads. Avoid the tourist traps, find the less busy back roads and ride on quieter days.

I’m a big convert to working from home since the pandemic, if this is an option for you consider it, even if just 1 or 2 days a week. It’ll cut down your commuting impact and reduce fuel usage. Similarly, there’s an emerging trend for a 4-day working week, which could help similarly. Since the pandemic, employers are having to face up to these new demands and expectations from staff, and with job vacancies outstripping the national unemployment, employers need to appease their workforce if they want to keep them.

If you really must commute to work and public transport doesn’t cut it for your journey, consider a second small bike for commuting. It could be a super efficient petrol bike like a 125cc or a little Royal Enfield, that can do 70-100 mpg. You could look at a smaller Chinese electric bike for short commutes, like the Super Soco TC-Max which will do 60 mph, has a 60 miles range and £4.5k price tag. Reduce your petrol use and emissions during the week and save your bigger bike for the weekend.

De-catting your motorbike may save a tonne of weight, squeeze a bit more power out and give it a great sound, but it’s not great for emissions. Consider leaving the cat in place and just swapping the end-can only.

What have you done?

Have you given any thought to what impact your motorcycle has? Are you concerned or ambivalent? Have you made any changes to reduce your impact, I’d love to hear how it worked out? Or do you consider it all mumbo-jumbo from the fun police?