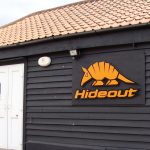 Trying to find motorcycle clothing that fits well can be a real struggle. Nobody wants ill fitting gear, making you worry if armour will remain in position in an off or just looking naff. I’m fairly tall and slim, so finding trousers long enough in leg and with slim enough waist is not easy. My wife is somewhat the opposite and similarly finds it tough to hunt down gear short enough – it’s not so easy to turn up leathers. This is where Hideout Leathers really corners the market with their custom motorcycle gear tailor made for you. 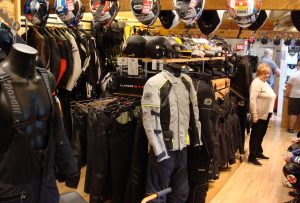 Tucked away in the Essex countryside a short distance from Saffron Walden, Hideout Leathers have a small store and workshop, where they sell many decent brands off the peg from the likes of Rukka, Dane, Halvarssons and Lindstands.  But uniquely they offer their own range of custom tailored motorcycle gear, an alteration service for off the peg item and an repair service for older gear.