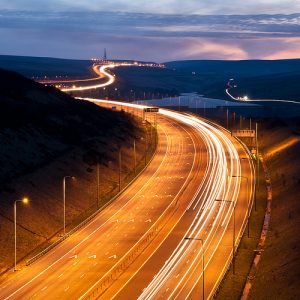 When planning to take to the road on two wheels, novice motorcyclists should realise that motorbikes vary considerably in size, power, weight and handling. No beginner should hop on a Kawasaki 2012 ZX-14R, which packs a 1,441cc engine and can reach speeds of up to 186mph (or higher with the limiter removed), generating 11,000rpm, 192bhp (over 200bhp with a modified exhaust) and 113lb.ft of torque. The ZX-14R is certainly no bike for beginners, but some of the models listed below may be suitable.

No big boys’ bike is going to be entirely safe for beginners; motorcycling is inherently dangerous and an accident on two wheels can be fatal at virtually any speed. Differences in high-powered motorcycles can only be measured relatively, so to suggest that the ZX-14R is unsuitable for beginners does not mean that a lower-specification model will be suitable.

The Kawasaki KLE500, for example, packs a hefty punch despite its relative performance characteristics to the ZX-14R. Capable of reaching speeds up to 105mph, the KLE500 boasts 47bhp, 32lb.ft and weighs just over 180kg. The 8-valve 498cc engine should be more than enough for beginners.

Manufactured between 2002 and 2006, the Ducati Monster 620ie is faster, lighter and arguably more stylish than the KLE500. The bike’s 4-valve 618cc engine generates an impressive 63bhp and 41lb.ft. Weighing just 168kg, this model can reach 115mph on the open road.

Size isn’t everything. Weighing in at 222kg, the Honda CBF600S is significantly heavier than either the 620ie or KLE500. Featuring a 599cc engine, beginners might not expect the Honda to eclipse the 620ie in terms of raw speed, but they would be wrong. The 16-valve engine generates an astonishing 76bhp and 44lb.ft, taking riders to speeds of up to 135mph (not that any beginner ought to be travelling this fast).

The Suzuki SV650S is a good entry-level motorbike, but beginners should not be fooled by its cheap second-hand price tag. Capable of reaching 130mph, the 69bhp SV650S weighs 169kg and features an 8-valve 654cc power unit. More than fast enough for beginners, this lightweight bike has a reputation for good reliability.

The definition of beginner may need to be revised with the inclusion of the Honda CB600F Hornet on this list. Taking the most daring of riders on a 140-mph trip to adrenaline city, the 16-valve 599cc engine generates a terrifying 97bhp and 47lb.ft of torque. Weighing only 179kg, the popular and extremely stylish bike is guaranteed to provide a thrill. Whether the Hornet is suitable for beginners is very much open to debate.

Featuring a comfortable design that is ideal for those who do not have much experience riding high-performance motorcycles, the Suzuki GS500F is a reasonably powerful entry-level bike. Boasting a 487cc engine, the GS500F can generate 51bhp to reach a maximum speed of 115mph. The bike also offers reasonably good fuel consumption, averaging 48.7mpg if tuned correctly and driven with care.

Perhaps beginners should lower their expectations and opt for an entry-level motorcycle that barely exceeds the speed limit. The Suzuki TU250X is one such bike. Packing a 249cc engine, this model can just about reach 75mph on full throttle. Though unlikely to turn heads, the bike does have a certain charm. More important, the TU250X does not cost the earth, so beginners can find their feet on two wheels at relatively little expense.

This article was contributed by Lloyd, a freelance music and culture writer, who is currently working on behalf of www.soswitch.com.

My first bike was also the Fazer 600, and I found it to be perfect for commuting (right down the mirror stalks that can be flipped in and back out to the same position with one hand, for those particularly snug gaps in standing traffic).

I’ve had a Suzuki Bandit 600, and a Honda Hornet as courtesy bikes when my own has been in for service, and I would say that anyone planning motorway miles will definitely appreciate the small but effective half fairing found on the Fazer, SV650 and similar (a bubble screen will add even more comfort).

My first big bike after my 125 is a 33bhp cbf600sa. Easier to ride than the 125, obviously much faster even with the restrictor kit and as you mentioned a bit on the heavy side. The brakes are fantastic, slow speed manoeuvres- easy peasy, fuel consumption-acceptable+ cheaper premium than on my 125! Overall, love it!